While the City of Cape Town recently announced that there will be no Day Zero in 2019, informed observers of long-term weather patterns and water infrastructure planning have cautioned that it may be too soon to celebrate. Fortunately, with a myriad of rainwater harvesting options available, concerned homeowners are able to reduce the impact of this uncertainty while at the same time contributing towards long-term sustainability. 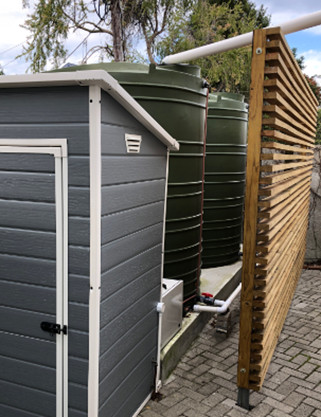 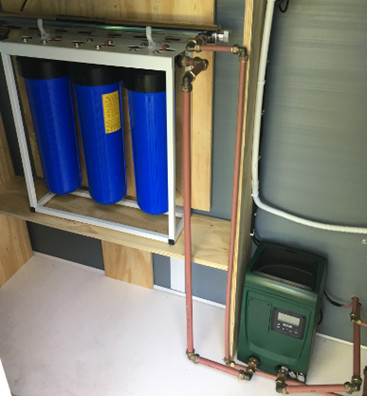 In Claremont’s Harfield Village, AWPower engineers designed and installed a comprehensive rainwater harvesting system to address the homeowner’s desire to contribute to reducing strain on the municipal infrastructure, as well as gain a degree of water independence.

The system was designed within the following specifications:

Installation was completed at the end of August 2017, whereafter the homeowner combined the new system with water saving measures such as only showering once a day, flushing toilets only when necessary, and only watering plants with grey water.

Encouragingly, rainwater supplies lasted until the end of January. Thereafter, only 6kl of municipal top-up was used until winter rains commenced towards the end of April. From May onwards, water supplies have been so plentiful that normal (pre-drought) usage patterns have been possible.

“We wanted to contribute to solving the Western Cape’s water scarcity problem, while at the same time protect ourselves against Day Zero with a degree of fail-over water supply. The system AWPower installed has answered both challenges. Our pre-drought municipal usage was around 130kl/year, but the system is on track to bring us down to under 20kl/year, even with normal pre-drought usage patterns during winter. With the tanks overflowing practically every time it rains, long hot guilt-free showers twice a day in winter have become a very welcome addition to the household!”